GalileoMobile – Constellation in Ecuador was a great and enriching experience. The work began almost a year ago with teachers from the Rafael Larrea School (U.E. Rafael Larrea) and Bicentenario School (Unidad Educativa Municipal del Milenio Bicentenario), who were eager to organize astronomy activities with students and teachers.

On mid February 2016 the Constellation team arrived in Quito, the second highest capital in South America. As commonly happens, the logistic got something crazy at the moment to welcome our visitors – Fernanda, Manu, Pilar and Sandra B. Nevertheless, the hosts (Sandra P. and myself) were happy to have the GalileoMobile team in our home. Officially the work started on 19/02 with our visit to the Rafael Larrea school. The opening talk was given for a group of around 160 students and 10 teachers. The students were so inquisitive that some of their questions were actual challenges for the GalileoMobile team, showing that the curiosity is the main fuel for learning for students and teachers as well.

The first observation camping was held in Cochasquí, a set of pre-inca ruins north east from Quito. The teachers did such an impressive work organizing the event, they prepared a guided tour around the ruins so the team could understand the archaeological value of the site. At nigh the sky didn’t help much, but the students and teachers learned a lot of things about the sky, constellations, planets and the sky movement.

The next two days the GalileoMobile team was working at the school in the city center. The main activities we performed from our Handbook were: The Earth Orbit, The Solar System, The Expansion of the Universe, as well as a new one concerning Exoplanets. We also worked closely with teachers so they will reproduce the activities regularly after our visit. On the second day, due to an interesting request from the teachers themselves, we gave several scientific talks about some hot topics in astronomy: stellar evolution, black holes, solar system… 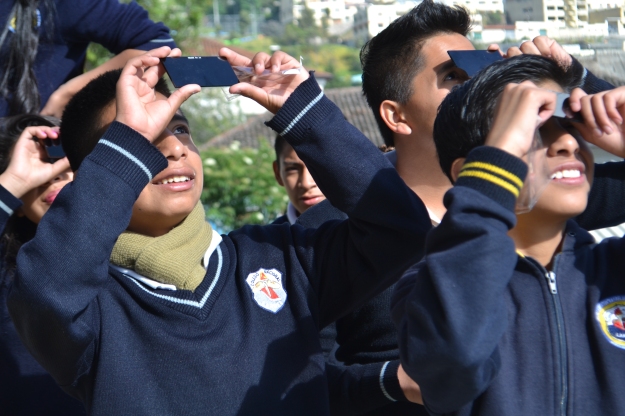 At the end of the second day, the staff, teachers and students prepared an incredible surprise for us. They organized a little ceremony (with about 1500 students and 30 teachers) where the older students presented four huge designs with the shapes of the most popular constellations in the sky: Crux, Orion, Canis Major, and Ursa Major. Then, under our amazed eyes, they lighted them up like fireworks!! Every firework had the color of a particular star within the constellation, for example in Orion, the illumination effect for Betelgeuse was clearly red and Rigel blue. It was so cool! We had never seen something like that. During the ceremony, we also donated the material and telescope to the director and the teachers. The experience in the Rafael Larrea School was really unique. We are so thankful to Gonzalo Ortiz, his wife Mónica, Patricio, Carla and all the others teachers, students and staff for sharing those days with us! 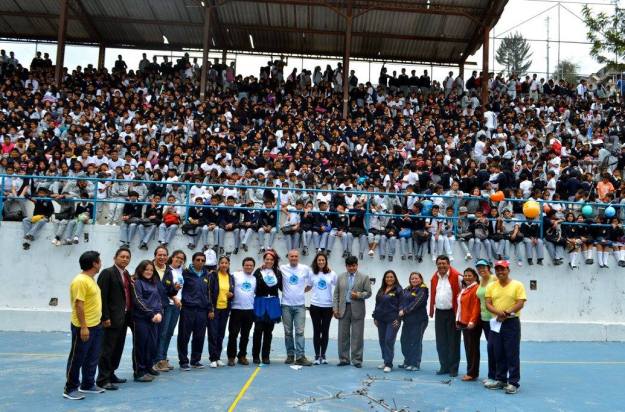 1 thought on “Sharing stars in Ecuador I: On the first days in Rafael Larrea School”