The magic has happened again: deep, tongue-tying darkness in the middle of a sunny day.

It was really cold: my hands started freezing as soon as I took off my gloves to capture this day in some pictures.

The light began changing gradually, from ten in the morning onwards, turning the surrounding mountains from white into a sort of yellow mixed with red.

A hot-air balloon was sailing the south-eastern blue sky, where a sundog was shining. Then it moved towards the Sun, perhaps trying to help the Moon to obscure our star. But this traveler of the air didn’t dare to interfere with the fight, and thus passed below the Sun, kept moving south, and finally disappeared behind the ridges of arctic mountains.

I was checking the solar disk through my solar-filter glasses, taken at UNIS yesterday morning. The Moon was about to win the fight with the Sun, which did surrender, with a final breath, some minutes past eleven. 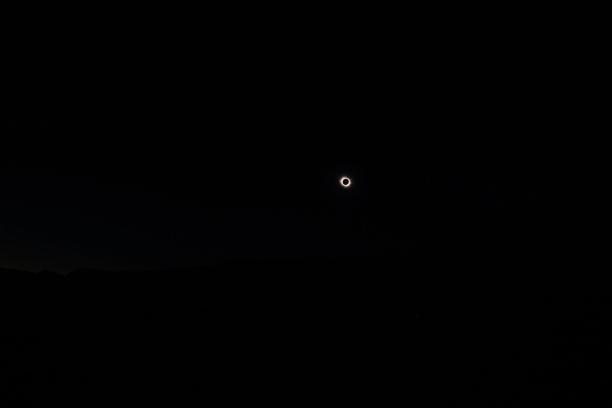 The Moon passing between me and the Sun. Credit: Fabio Del Sordo / GalileoMobile

The whole valley suddenly turned into an unknown place, a landscape of one of the extraterrestrial lands that humans will, one day, discover, touch, explore.

The sky during the totality of the solar eclipse On the left, Venus is visible. Credit: Fabio Del Sordo / GalileoMobile

Then, the magic: our star took back its place in the terrestrial sky, the Moon was convinced to give up the fight.

The Sun irradiated the humans with its light and love. One can entirely understand them only after a storm of darkness. 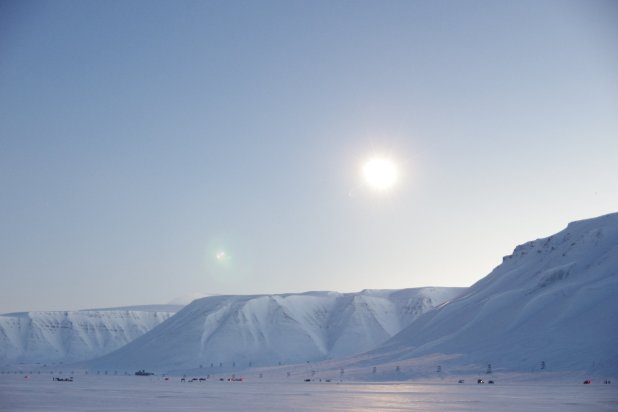 After some minutes of darkness the Sun is back and keeps shining in the sky. Credit: Fabio Del Sordo / GalileoMobile

3 thoughts on “The Moon was fighting the Sun”